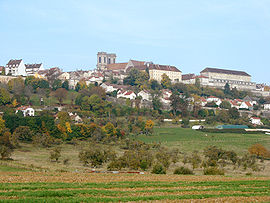 Background:  It is November of 1918 and more than one year since my grandfather, John Rodney Jamieson, who we later called ‘Poppa’, enlisted  in the United States Army’s 20th Engineers.  In November, 1917 he sailed to France aboard a troop transport ship.  He is assigned to the headquarters unit of Company A and is based at a camp set up inside a bull ring in Dax, France.  Many of the soldiers around him have come down with the Spanish flu.  Here are the journal entries he wrote one hundred years ago this week.

Sunday November 3, 1918– Did not go to Pau yesterday.  Rain all day nothing to do but sit by fire, read, play cards and wait for orders to pack up and go.

Monday November 4– Waited all day for final orders, none came until 5 P.M. tonight.  Will probably leave tomorrow. Austria quit fighting today at 3 P.M. Hope war is over before we get to school.

Tuesday November 5– Left at 6:30 P.M. for A.C.S.  The boys of our tent-all of us have been together for a year- gave me a nice pocket bill book as a parting gift.

Wednesday November 6 – Arrived in Paris about 10:00 stay at a good hotel run by the Y.M.C.A.  Lost barracks bag and spent whole day in subway running from depot to depot.

Thursday November 7– Arrived at school without barracks bags.  The A.T.O. promised to forward them later.  Hope they reach us soon.

Friday November 8– Spent day getting settled in.   Mud is about a foot deep, nothing like camp we had at Dax.

Saturday November 9– Worked all a.m. on rock pile.  In p.m. we went over three miles after hay for (?) bedsack.  Carried it back on my shoulder. Start (?) getting settled.

Poppa has been in France for nearly a year.  He has written several times in recent weeks that he did not like his job and would prefer to do something else.  He also wrote that he was being considered by his supervisors for A.C.S.  which, I believe refers to ‘army candidate school’ .   Based on his writings it appears that he got his wish and that it happened suddenly.  He wrote that on the evening of November 5th, 1918 he said goodbye to his buddies and left for A.C.S.  He arrived the next day in Paris without his luggage which apparently was lost on the trip.  He stayed over night in Paris at “… a good hotel run by the Y.M.C.A.”

The United States army established several training schools in the Paris area during 1917-18.  According to the 1919 publication  “Historical Report of the Chief Engineer” the Army Engineers School was opened at Langres on October 31, 1917, and later moved to Fort St. Menge.  Courses taught included bridging, camouflage, flash and sound ranging, mining, pioneering, topography and searchlight.  By November 1st of 1918 400 candidates per month were being enrolled in the school.

Langres is a very old French city with a current population of about 10,000.

Although Poppa indicated that he travelled to Paris,  presumably by train, He does not yet mention Langres by name.  Located  almost 200 miles to the east of Paris he apparently arrived there on November 7th.  Was he a member of the class of 400 that was to start on November 1st?

On the battle front

WWI is near its end.  Germany is now retreating as French and American troops move to re- take Sedan, France which Germany had occupied for 4 years. German emperor and King of Prussia Wilhem II abdicates.