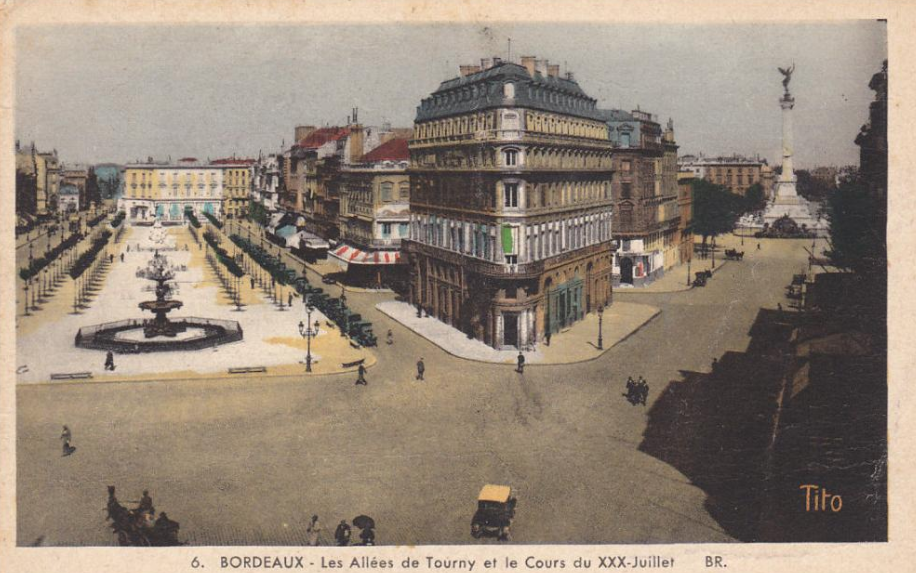 Background:  WWI  has been over for 4 months and the soldiers of the American Expeditionary Force are being sent home from France.   My grandfather, John Rodney Jamieson, who we later called ‘Poppa’,  has been stationed with the United States Army’s 20th Engineers at a camp set up inside a bull ring in Dax, France.  He is anxiously awaiting his orders to head home.   Here are the journal entries he wrote one hundred years ago this week.

Sunday March 16, 1919–  Drill in rolling packs, inspection of packs and equipment has taken up the entire day.  Think we will get away from Dax in a few days now.

Monday March 17– “Started” for home today.  Rec’d orders last night to leave on train at 2:20 today.  950 men with equipment were at the depot today at proper time but no cars were there for us.  So back to camp for another night in Dax at least.

Wednesday March 19 – Spent day resting in camp.  Office force very busy with reports, rosters, etc.  Rained all day so stay inside. Papers, recommending we be given commissions were sent in today due to new order for successful candidates.

Thursday March 20– A big detail from all companies went to work at our new camp today.  Hope we do not stay here long as roof leaks at night, over my bed. It’s hard to sleep and swim at the same time.

Friday March 21 – Another rainy day, time spent around the fire discussing possibilities and probabilities of leaving here and of getting home.  “Dax” is the name of our new puppy, brought from there to be taken across with us if we can manage it.

Saturday March 22 – Left enterance (?)  camp at 6:00 P.M. today. Went through “mill” or delouser in the evening.  I was fortunate to lose practically nothing but my temper and that a dozen times.  A great experience and one of the A. E. F. that will never be forgotten. Just as I came out Capt. Friedman (?)  told me a new order just came not allowing candidates to leave France.

Poppa’s unit was among those ordered to begin the trip home to America at the beginning of the week.  The end of the week finds them rain soaked and living  in a different camp in Bordeaux, France, a distance of only 91 miles from their starting point in Dax.

But, there is a complication.  On Saturday he is informed by an officer of a new order “not allowing candidates to leave France.”  Poppa apparently is considered a “candidate” and will be affected by this order.  This is because  in November of 1918 Poppa was accepted into the officer training school in Langres, France.  However, he did not finish the 6 week program and did not receive his commission.  With the end of the war there appeared to be little reason to continue training officers in France.  Therefore, Poppa was allowed to  leave the school early in order to return to America with his unit.  As it turns out he could have finished officer training because 2 months later they are still in France.   Will he be able to leave for America with his buddies or will he have to stay in France?

Next Week:  I’m the most disappointed fellow in the A.E.F. today!