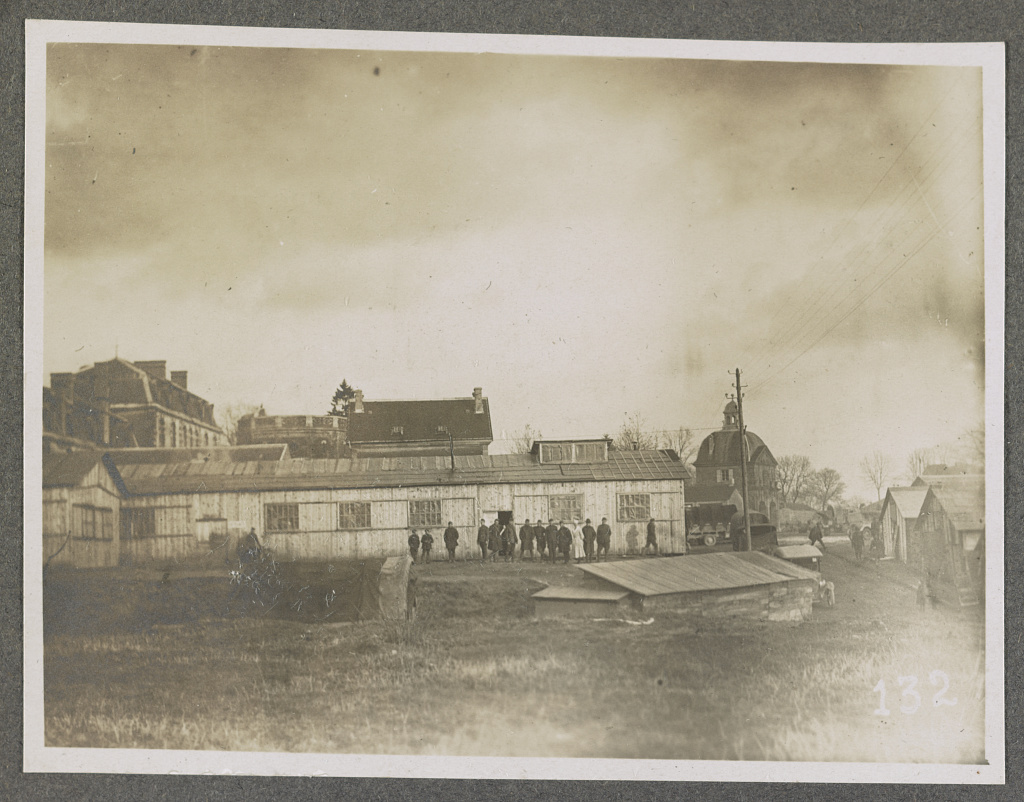 Background:  It is November of 1918 and two weeks after the end of WWI.   It has been more than one year since my grandfather, John Rodney Jamieson, who we later called ‘Poppa’, enlisted  in the United States Army’s 20th Engineers.  In November, 1917 he sailed to France aboard a troop transport ship.  He was assigned to the headquarters unit of Company A based at a camp set up inside a bull ring in Dax, France.  However,  on November 7, 1918 he travelled to Langres France and enrolled in Army Candidate School (A.C.S.).   Here are the journal entries he wrote one hundred years ago this week.

Sunday November 24, 1918– Hung around camp today.  Thought ?? might come over but has not as yet.  Spent today writing letter and studying.

Monday November 25- No mail for a month.  Must be lots “somewhere in France” for this soldier.

Tuesday November 26– The Y.M.C.A. has started a canteen here, the line is miles in length every night.  Buy lots of cakes, keeps me from near starvation. One year in France today. Won’t be another, now.

Wednesday November 27– Mud and rain every day.  Today especially bad, wet all day but work goes on just the same.

Friday November 29– Wet feet all the time, this is an endurance test more than anything else, little to eat with poor living conditions, wet feet and much work.  Can you beat that.

Saturday November 30– Two examinations and inspection today.  Afternoon off.  More rumors again.  Hope some of them are true and this closes soon.

On Tuesday November 26th Poppa wrote that he had been in France for one full year.  He had arrived  on the troop ship Madawaska and until recently was living and working as a member of the 20th Engineers in Dax France. Since November 7th he had been at the A.C.S. or Candidates School, presumably working toward a commission as a Second Lieutenant.

The army worked frantically beginning in 1917 to set up this and other training schools in France.  Only months after opening, with the end of the war, Poppa wrote that there are many rumors that the school will be closing soon.

According to a book called “The American Spirit” the Candidates School was in the Turenne Barracks which are located in or near Langres. 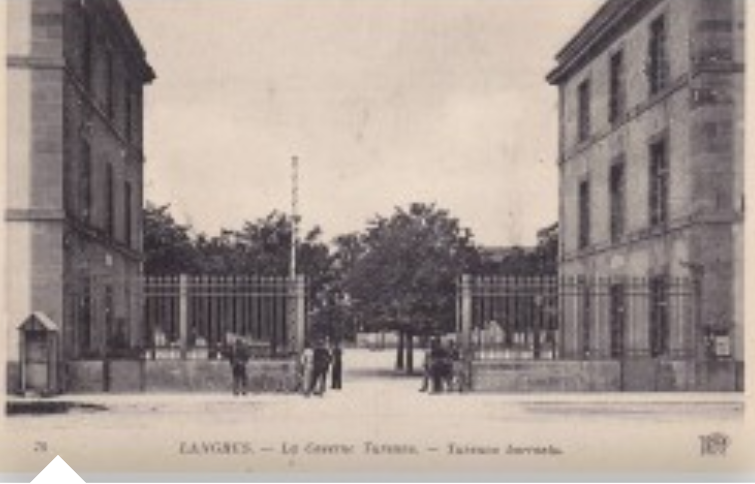 On November 27th Poppa wrote that “The Y.M.C.A. has started a canteen here, the line is miles in length every night”.  Hopefully he is exaggerating when he wrote  that the YMCA hut “keeps me from near starvation”.

Throughout World War I, the YMCA provided morale and welfare services for the military. By war’s end, the YMCA,  had set  up 1,500 canteens in the United States and France;  and 4,000 YMCA huts for recreation and religious services.

The YMCA ‘Hut’ in Langres France

Here is a video of U.S. soldiers training in Rolampont during 1917-18.