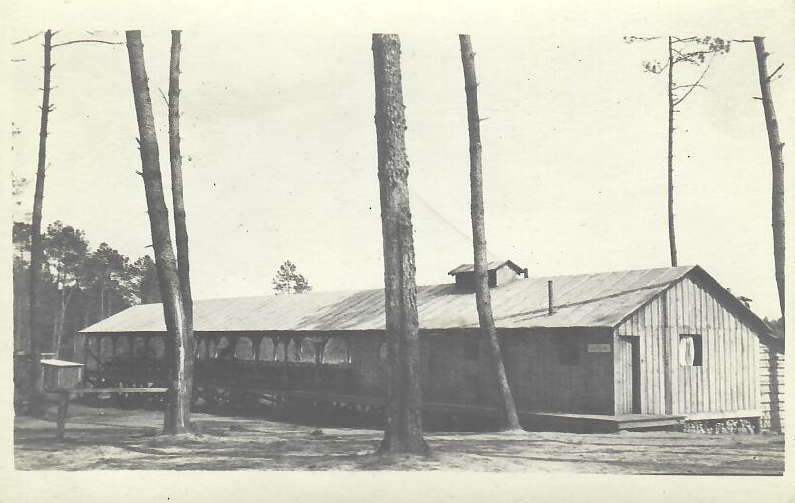 Background:  In September of 1917 My grandfather, John Rodney Jamieson, who we later called ‘Poppa’, enlisted in the United States Army’s 20th Engineers whose primary purpose was to mill lumber and build the wooden structures needed by the soldiers. In November he sailed to France aboard a troop transport ship.  He is assigned to the headquarters unit of Company A and is based  inside a bull ring in Dax, France.  Many of the soldiers around him have come down with the Spanish flu.  Here are the journal entries he wrote one hundred years ago this week.

Sunday September 1, 1918– The medics left our mess today for their own new mess hall.  We should have much better eats now. Pumpkin pie for dinner today.

Thursday September 5– The tennis courts are being used very extensively.  The courts are good. The Y.M. C.A. have furnished the equipment and we enjoy it.

Friday September 6– We have remodeled the tent fixing up the floor sides and frame.  Will have a much more comfortable place this winter.

Saturday September 7– Payday and Mail day.  Two of the letters were from Marion.  The very best yet.

Sunday September 1, 1918– The medics left our mess today for their own new mess hall.

The first Labor Day holiday was celebrated on Tuesday, September 5, 1882, in New York City.  So it was a pretty well established holiday by the time Poppa celebrated it in France in 1918.

Poppa did not specify whether his tobacco ‘issue’ came directly from the army or if was a provided by private parties. 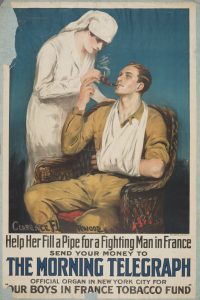 In 1918 The world series was played between September 5th and 11th.  The Boston Red Sox defeated the Chicago Cubs in 6 games.

The World War I “Work or Fight” order forced the premature end of the regular season on September 1, and 1918 is the only World Series to be played entirely in September.

The rushed timing of things was due to the obligation of players drafted into the military to leave their teams and go to war. 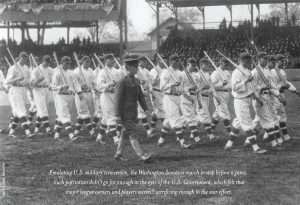 According to Wikipedia the 1918 World Series marked the first time “The Star Spangled Banner” was performed at a major leaguegame. During the seventh-inning stretch of Game 1, the band began playing the song because the country was involved in World War I. The song would be named the national anthem of the United States in 193

.The winning pitcher of Game 1 was Babe Ruth, who pitched a shutout.

Next Week:  I Have Asked for a New Job