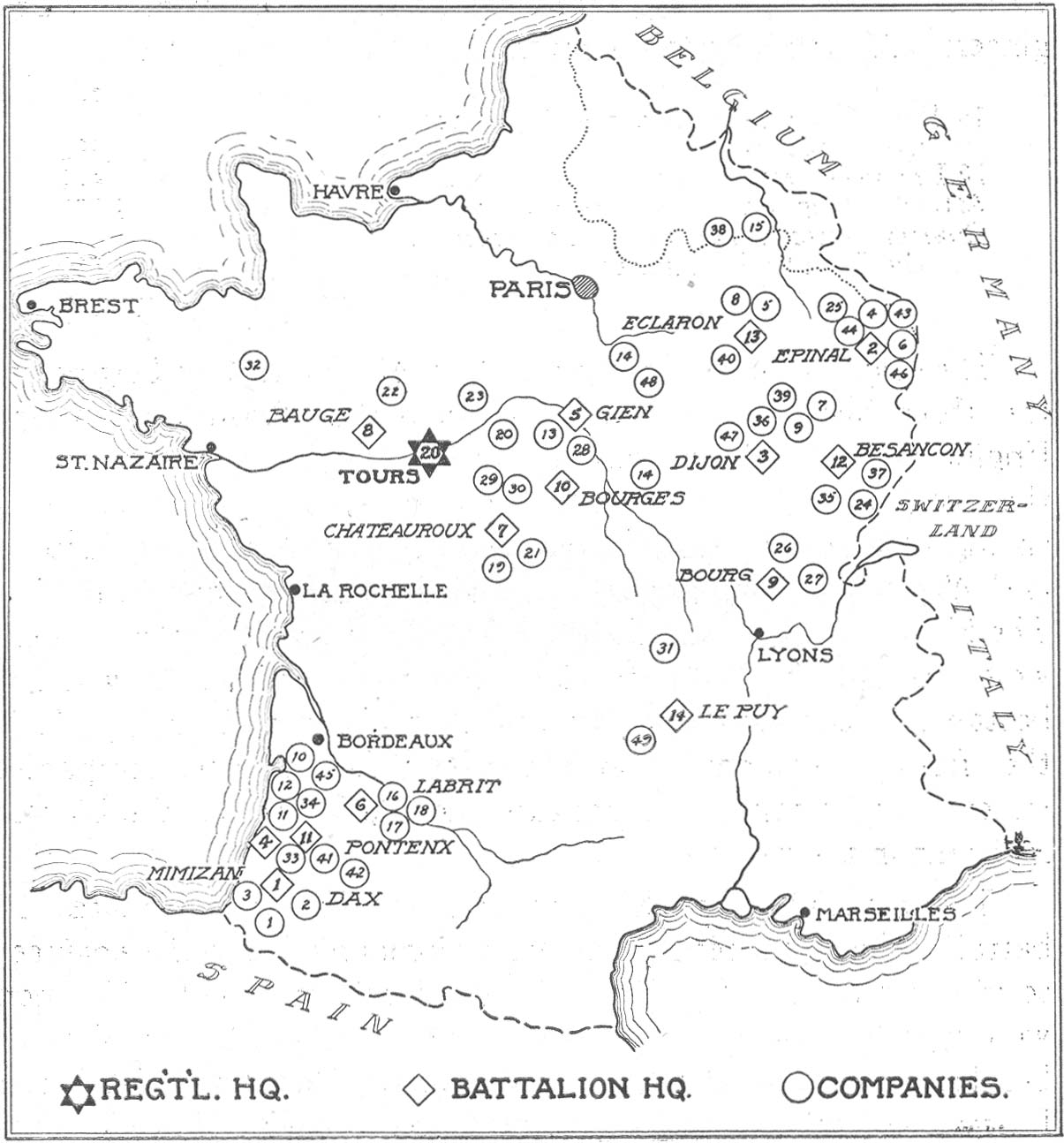 Background:  On  September 24th, 1917 my grandfather traveled to Milwaukee, Wisconsin and joined the US army.  Less than 24 hours later he was on a train to Jefferson Barracks in Missouri.

Monday Oct 1st- Relieved from Mess House today at 2:30 P.M.  Glad to get out.  Orders to pack up today and leave for Washington D.C. Wed.

Friday Oct 5th– Started training with 20th Engineers.  Looks as though they will leave here soon.

It appears that Poppa spent much of his first week in the army working in the mess hall.  He did apparently have a visit from Amy Thomas.  Thomas was his grandmother’s maiden name so presumable Amy was a relative.

However, less than one week after arriving at Jefferson Barracks near St. Louis, Missouri Poppa was on the move again when he boarded another train for Washington, D.C.  The trip lasted from about noon on October 3rd until 8:00 PM the next day, a span of about 32 hours.  Sounds like he was able to sleep on the train and presumably arrived well rested.

Although his handwriting can be difficult to read it appears that he rode on the ‘Penn. train’.  The Pennsylvania railroad had grown rapidly by acquiring smaller railroad companies and by the late 1890s had established a route from St. Louis to New York.  Therefore it is possible that Poppa was indicating that he travelled on the Pennsylvania railroad.

Upon arriving in nation’s capital the soldiers went directly to the campus of American University.

American University opened in 1914.  Less than three years later and only 24 days after the United States declared war in 1917 American University offered it’s property to the war effort. Apparently the university only had 28 students enrolled at the time so the president of the university contacted Woodrow Wilson and offered the university property to the government to use as they saw fit.  During the the first world war (as well as during WWII) soldiers lived and trained on the campus of American University.  The army also used the property as a laboratory for developing and testing chemical weapons.  Apparently at the end of the WWI excess munitions were buried in one corner of the university property.  Some of these were accidentally uncovered by workers in the 1990s.  Imagine how dangerous it would have been if poisonous gas were to be accidentally released in an urban area such as Washington DC.  Wikipedia reported that it took until 2009 and cost $170 million for all of these chemicals to be found and cleaned up.  A book on this topic has recently been published.

At any rate it appears that once he settled in to the new camp he went back to working in the mess hall.

Next Week:  A rainy week in Washington, D.C.