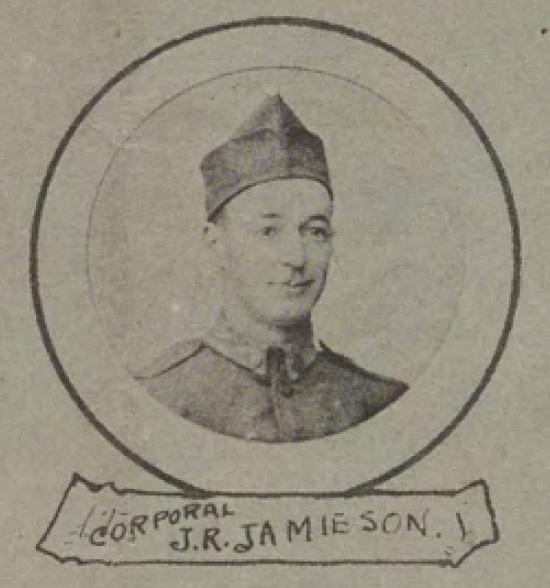 Background:  It is the end of 1918 and WWI has been over for almost 2 months.   It has been more than one year since my grandfather, John Rodney Jamieson, who we later called ‘Poppa’, enlisted in the United States Army’s 20th Engineers.  In November, 1917 he sailed to France aboard a troop transport ship.  He was assigned to the headquarters unit of Company A based at a camp set up inside a bull ring in Dax, France. On November 7, 1918 he traveled to Langres France and enrolled in Engineers Candidate School .   Here are the journal entries he wrote one hundred years ago this week.

Sunday December 29, 1918– Another rainy day.  Spent the day reading, writing and cleaning up.  A Co. making hot cakes on their stove this P.M. A year ago tonight was a big party “somewhere in Dax”

Monday December 30– This bridging is a s—— o—– g——.  The 1st BN is going out today, lucky fellows.  Several of the 3rd Bn go out Wed. Eleven from BN makes fully 20 we have lost since class began.

Tuesday December 31– Spent New Years eve very quietly.  Went to movies at Fort and then to bed. Some of the wilder ones came in at 12 and awakened all with rifle and revolver shots.

Wednesday January 1, 1919– Went to Langres today spent day just “looking round” the city.  Came back to camp this P.M.

Thursday January 2– At the D—— water potgram (?).  Moved in to another barracks. Could anything be much worse.

Saturday January 4– Finished bridging this A.M.  In the P.M. a fellow was decorated with the D.S.C. at a formal service

Is the end near for Engineers Training School?

Although Poppa is training to be an officer at the Engineers Training School he is more interested in leaving France and the army and returning home.  Rumors say that the school will be closing soon.  He has written in the last few weeks that small groups and individual soldiers are  returning to their units to be sent home.  He appears hopeful when he writes of others leaving but depressed that, so far, he has not been chosen to go.

On December 30, 1918 Poppa wrote, referring to one of the classes he was taking in training,  that “This bridging is a s—— o—– g——.  ”  Does s–o-g refer to “son of a gun” which does not seem to be very strong language for a soldier?   Or does it reference something stronger?

January 4, 1919– The distinguished service cross is a military award established in January of 1918 by President Woodrow Wilson.  The DSC is presented to an individual in the army who, at great risk to themselves, performs an act of heroism against the enemy.  There were 6,185 recipients during the World War I era.

The DSC is still awarded over one hundred years after being established so when Poppa observed a “fellow decorated” with it in December of 1918 the award had existed for less than a year.