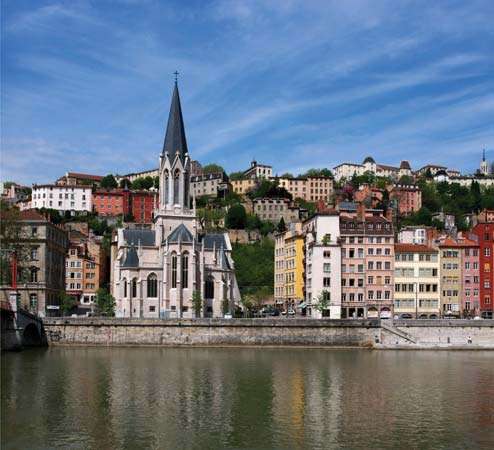 Background:   WWI has been over for 2 months.   It has been more than one year since my grandfather, John Rodney Jamieson, who we later called ‘Poppa’, enlisted in the United States Army’s 20th Engineers.  In November, 1917 he sailed to France aboard a troop transport ship.  He was assigned to the headquarters unit of Company A based at a camp set up inside a bull ring in Dax, France.  On November 7, 1918 he traveled to Langres France and enrolled in Army Candidate School (A.C.S.).   Here are the journal entries he wrote one hundred years ago this week.

Sunday January 12, 1919– Arrived in Lyon at 8:00 AM but R.T.O. & M.P. would not allow us to stay over one day.  Left for Bordeaux at 11:00 AM. Train’s crowded, no sleep last night. Pretty scenery around Lyons as train travels along Rhone River.  Record- Oct 10 letter reached me as I left engrs camp yesterday.  Note -we’re much surprised to get our certificates yesterday as we left school three weeks before close.  Could not go to Paris as it is closed to A.E.F. at present. Couldn’t make my purchase I had planned so much on making in either Paris or Lyon

Monday January 13– Rode all night on crowded train but had seat.  Arrived in Dax at 10:30. Heard that order just came to the effect (?) that 20th will stay over about three months on road repair work.  Everyone disappointed. I am glad to get back to the old bunch.

Tuesday January 14– Tom and I are living in a little tent by ourselves.  He arrived about a week in advance of me. I didn’t know I had so many French friends until I got back here.

Wednesday January 15– This is the day we were supposed to start for home. I am glad to be here however and  the time will be spent in a good camp at least.

On Saturday January 11th, while in engineers training school near Langres, France,  Poppa was ordered to re-join his unit in Dax.  By the end of the day he had left the training school in Langes and traveled to Dijon.  From there he took a train to Lyon, France.

Lyon was formed in ancient times at the spot where the Rhone and Saone rivers meet.  Lyon is the country’s third largest city and currently has a population of about half a million.

From his journal entry it appears that Poppa wanted to see the sights of Lyon “but R.T.O. & M.P. would not allow us to stay over one day.” R.T.O.  may refer refer to railway transport officer?  M.P. could stand for ‘Military Police’?   From Lyon trains took him to Bordeaux and then back to his unit based in Dax.

Poppa said that he could not make the purchase that he planned.  He couldn’t make the ‘purchase’ in Paris as he had hoped because that city was closed to Members of the American Expeditionary Forces (U.S. Soldiers).  Apparently, for at least a time after the end of the war soldiers were not allowed to go to Paris on leave.

He has not yet specified what he plans to purchase but I believe that he wants to buy an engagement ring for Marion Clarkson Brown.

In previous journal entries he had mentioned a fellow soldier named Hanger.  What does Poppa mean when he says that “Hanger was reported missing”?

Meanwhile, back in America

On January 16th,  1919 the 36th and final state approved prohibition making it possible to ratify the 18th amendment to the constitution.  That meant that prohibition would go into effect in one year (January 17th, 1920).  Local governments could choose to implement prohibition earlier.  Poppa had been in training camp in Washington D.C. on  November 1st, 1917 when prohibition was implemented there.

Next week: Back to Work