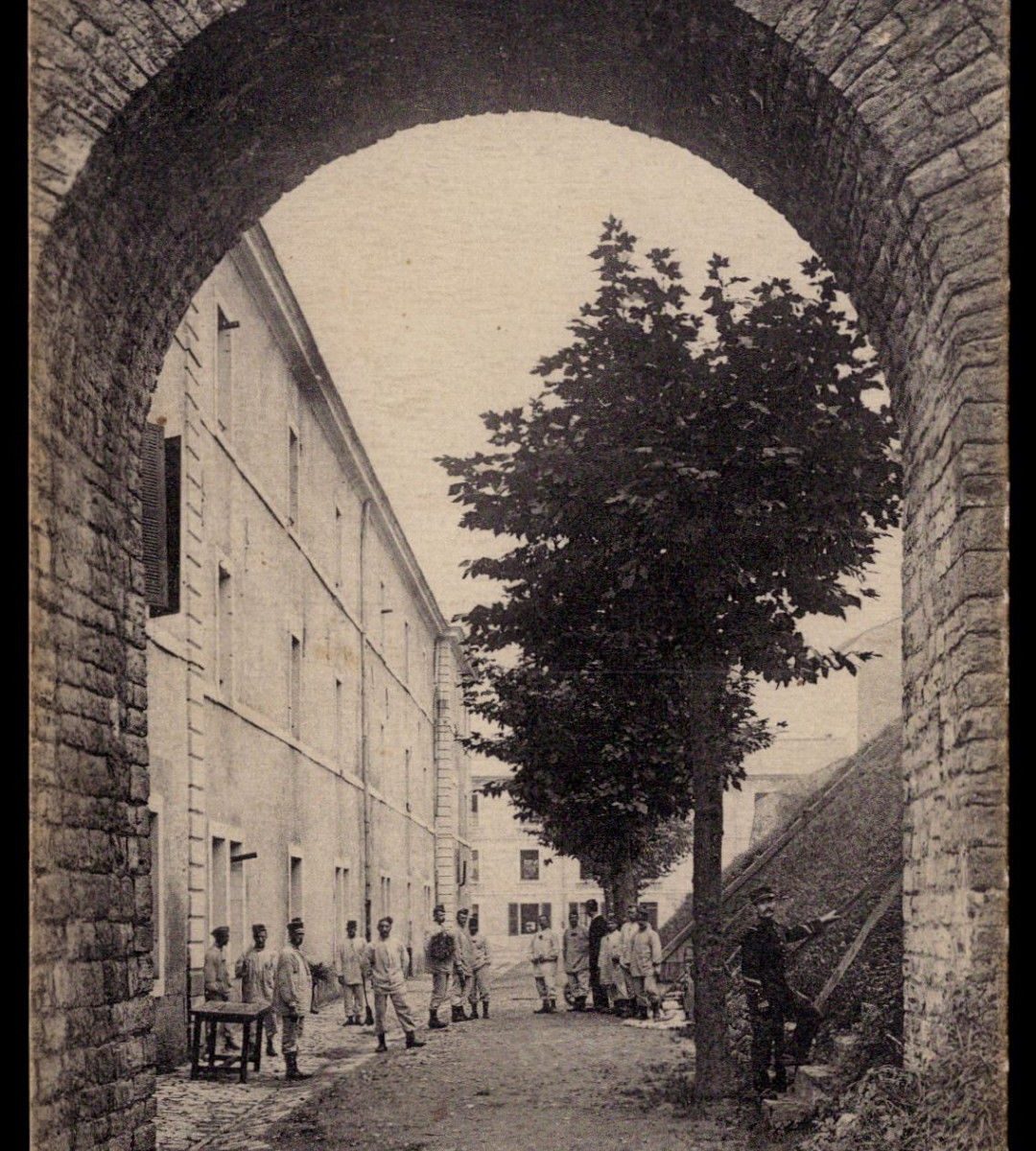 Background:   WWI has been over for more than 2 months.   15 months previously,  In 1917 my grandfather, John Rodney Jamieson, who we later called ‘Poppa’, enlisted in the United States Army’s 20th Engineers.  After training in Washington D.C. he sailed to France aboard a troop transport ship.  He was assigned to the headquarters unit of Company A based at a camp set up inside a bull ring in Dax, France.  Here are the journal entries he wrote one hundred years ago this week.

Monday January 27– Have a new job now.  Tom calls me Gasso the detective.  All I must do is keep daily report of all motor equipment as to mileage, tonnage and consumption.

Wednesday January 29– My job takes me about one hour per day except Fridays and Saturdays when report must be made out.  Dr. Dean spoke at the Y. tonight telling of his experiences during six months at the front, most of the time with the first division.

Thursday January 30– We expect to give another show.  All are anxious to get up something that will be interesting and will take up our time so it will  not drag for the next month at least. Think we will have something good this time as every one is interested and seem to be willing to help.

Friday January 31– Had another entertainment at the Y. last night.  It came unannounced but was very good. Three French women and an American man.  Woman violinist was exceptional.

Saturday February 1– Went to Bayonne today with Lieut. Cunu (?), Shorty, Casey and his Dodge.  Only had an hour in the town but enjoyed it very much. Hope I can go again sometime when I can stay longer.  Tom went with another car to Lordes so I am all alone tonight.

On January 13, 1919 Poppa returned to his unit at Dax, France after leaving Engineers Training school.  Upon arrival he returned to his old job and was drawing maps, etc.  However,  this week he got a new job keeping track of motorized equipment.  His friend now calls him ‘Gasso the Detective’.  Does this name refer to a character of the time or does it refer to the gas required to use the engines?

During his first year stationed at Dax Poppa often went to dinner in town at the Cheval Blanc (White Horse) restaurant.  However, on January 26th he said they had supper at Cafe St. Pierre which he had not previously mentioned.   There is a currently a ‘Cafe St. Pierre’ in an area known as St. Pierre in Dax.  II don’t now if it is the same restaurant that existed in 1919.  It’s likely in the same vicinity at least as it appears to be named after the area of Dax where it is located.

On January 30th Poppa wrote about plans to do ‘another show’.  in early march of the previous year soldiers in his unit had planned and put on a show.  He said at that time that the performers “had a good time if nobody else did”.

On February 1st Poppa and some colleagues went to Bayonne which is a city in France  about 45 miles southwest of Dax where Poppa was stationed.  Bayonne is a port city known for exporting its high-quality salt, hams, and chocolate.  In 1919 Bayonne had a population of about 28,000.  It is on the Adour river downriver from Dax.

Poppa wrote that they drove to Bayonne in a Dodge vehicle.  During WWI The army used modified cars for ambulances.  There were also a variety of armored cars used by the soldiers.  However, it seems more likely that they drove in a Dodge passenger car.

Next Week: Mail from Marion relieved my unnecessary worries.

One Reply to “100 Years ago This Week: We expect to give another show.”