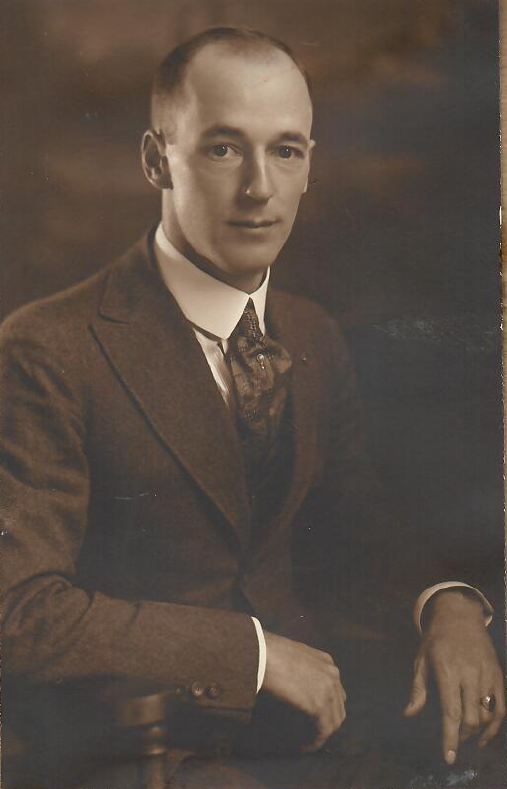 Background:  WWI  has been over for 5 months and the soldiers of the American Expeditionary Force are coming home from France.   My grandfather, John Rodney Jamieson, who we later called ‘Poppa’, has spent the past 10 days at Camp Upton in Long Island New York.  He has just received his orders to head home.   Here are the journal entries he wrote one hundred years ago this week.

Sunday April 27, 1919– Very busy doing nothing today.  Ate dinner at Hostess House, wrote some letters and read Sunday papers.  Moved yesterday, again today just to keep in practice and to let us know we are still in the army.

Tuesday April 29– Scared stiff, this A.M. had headache, bad cold and did not feel good.  Afraid I was coming down with the mumps as so many cases have developed in the outfit.  Feel much better this P.M. and sure I haven’t them.  Took exam this P.M. to leave at 6:00 A.M. tomorrow must get up before three in the morning.

Wednesday April 30 – Did not have to get up so early as we leave at 6 P.M instead of A.M. as previously reported.  Have taken lunch nearly every day at the Y.W.C.A. while here. 8:30 – Left Camp Upton on big train bound for various camps.

Friday May 2 – Arrived in Chicago at 6:30 this A.M.  Red Cross gave us breakfast. Put on Camp Grant train about 8:30.  Arrived in Camp Grant about 12:30 without dinner. We were given examinations, lectures, kept busy every minute until night.  Expect to get us out tomorrow.

Saturday May 3 -8:00 P.M. Onboard Train en route home.  Rain all day but nevertheless luck was with me being second in list to be discharged at 2:30 P.M. Just caught car to Rockford, made electric to Janesville, and will now soon be home.  This ends my diary of twenty months of my life as a soldier. Tomorrow just 28 yrs. Tomorrow just 28 years after I started this life I will start again as a civilian in God’s own country. The End

The last leg of the journey home!

At the start of the week Poppa is stationed at Camp Upton in New York but has just been notified to expect to start for home on Wednesday.  After three days aboard various trains he arrived at Camp Grant in Rockford Illinois.

The next day John Rodney Jamieson was discharged from the army, boarded another train for home and, on the day before his 28th birthday, resumed his life as a civilian.