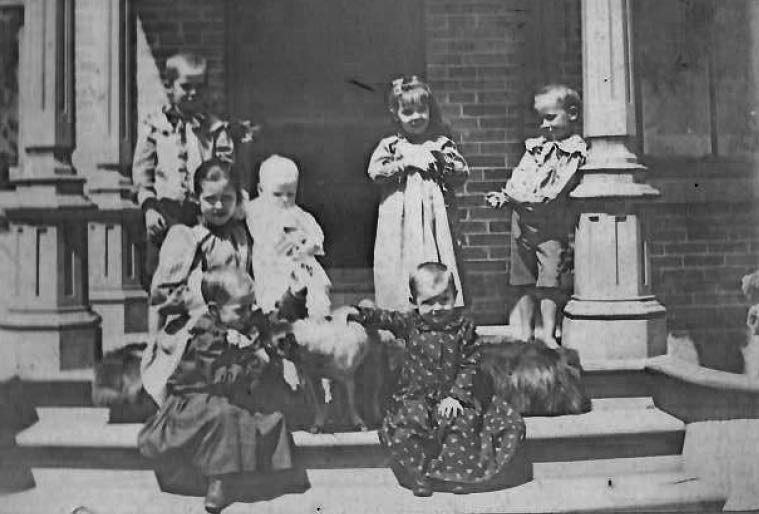 Sunday June 16, 1918 – Rain all day.  Doing nothing but reading papers and magazines.  Aeroplanes still here. One will have to be shipped.

Monday June 17– Helped load aeroplane on truck today to be shipped to Pau.  Both planes were loaded on cars.

Tuesday June 18– Four aeroplanes flew over today.  One did several stunts for us -it seemed- directly  over our heads. Working on maps

Friday June 21– We are building hospital now.  Have a good force and hope to get it up soon.

Saturday June 22– Have a new job for a few days.  “Mailman” while Kraft is away. This in connection with hospital keeps me busy.

June 15th, 1918 Poppa wrote in his journal:  “Two aeroplanes flew over today one having engine trouble both landed.  One did not have room to land, running into hedge, overturning and smashing machine badly.  No one hurt badly, one slightly.”

This week he wrote that he helped load the planes onto “cars” for a trip to Pau which is about 60 miles southeast of Dax, where they landed.  Presumably the planes were transferred by rail.  Pau was the site of an aviator training center.

Michel Boquet, who is an expert on the history of forestry in the Landes region of France,  is in possession of the diary of a surgeon who served in Dax at the same time as Poppa.  Here is what the surgeon wrote about the same event:

“June 15, 1918 : Two airplanes from Pau attempt landing near les Arènes [the bull ring]. One monoplane successful but biplane crashes a small ditch and noses over.  Aviator slightly bruised and shocked.”

The physician mentions that there were 2 different types of planes.  The first planes such as the ones invented by the Wright brothers were biplanes which had one wing above another.  However,  by 1918 monoplanes were coming into more common use as they could fly faster than biplanes.

During World War I The Excelsior company had a contract to make motorcycles for the U.S. army.  Apparently four soldiers from Poppa’s unit were transferred to work at the factory.  Did the production of motorcycles in England take precedence over milling lumber in France in 1918?

Poppa was thinking of his older brother Hugh Clancy Jamieson  on what was his 30th birthday.   “Uncle Clancy”, as we knew him, was also in the army in 1918.  It appears that he served in the states as the only address for his  brother in his journal is Camp Grant, Rockford, Illinois .  An article published in the (Madison) Wisconsin State Journal on Oct 15, 1917 indicated that “the Madison Boys in Company I want a Victrola to pass the time…”   According to the article the Victrola should be sent to Uncle Clancy at Camp Grant.

Next Week: The Newspapers are Very Encouraging