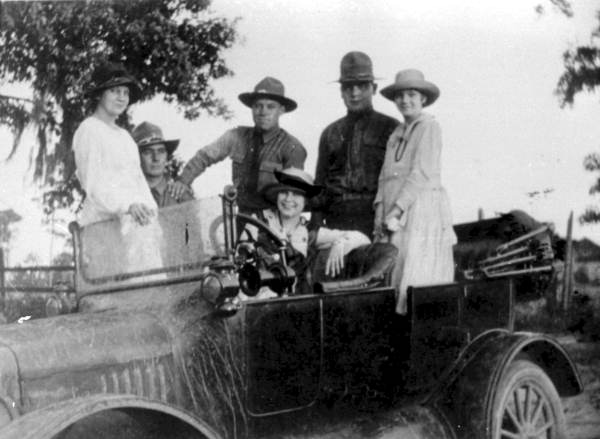 Monday Mar 25– Reg. Headquarters arrived today, 36 in all.  Pass privilege has been much restricted. Mail today only about two weeks in route.

Tuesday Mar 26 –Major H– taken sick last night.  This life is getting to be a grind and would welcome a change.  Hope to hear some news to go soon.

Wednesday Mar 27–Some back mail today.  All dated around Feb 1st.  Have run out of American ink.

Thursday Mar 28– Have been in France four months today.  We are due for a furlough now but no one seems anxious to go at present.

Friday Mar 29– Major is very sick.  All are wishing for is recovery to good health.

Saturday Mar 30– Half a days work today.  Are building a garage now.  About the same job I had two years ago this spring.

Thursday Mar 28– “Have been in France four months today.  We are due for a furlough now but no seems anxious to go at present.”

At the beginning of the WWI the commanders of the countries involved expected that the war would be short and did not consider letting soldiers have have time off.  However, as the war dragged on the morale of the soldiers became more of a factor and those in charge began to experiment with short periods of leave for the soldiers.  Originally the British decided that soldiers were entitled to a leave after 15 months.

However, by the time America entered the war in 1917 it was general practice for soldiers to receive 3 short leaves per year.

According to the book “World War I” by Jennifer D. Keene wrote the army preferred that soldiers spend their leave in YMCA run resorts instead of cities where they would be harder to recall in an emergency and where they were more likely to be faced with temptations such as liquor and/or women.

Poppa’s statement that after 4 months in France he was due for a furlough seems consistent with the practice of 3 leaves a year.

Friday Mar 29– “Major is very sick.  All are wishing for is recovery to good health.”

Poppa is referring to his commanding officer Major Edward Hartwick.  Based on previous entries it appears that Poppa and his colleagues respected the Major.  Now it appears that they are concerned about his health.

Although he did not name Major Hartwick’s diagnosis, the Spanish Flu epidemic of 1918  was just starting to be identified.  Only 3 weeks earlier, on March 8th the first case of soldier with the flu was diagnosed in Fort Riley, Kansas.  Of course as soldiers were transported overseas the flu travelled with them.  Within a year over 20 million people world wide would die from the flu. 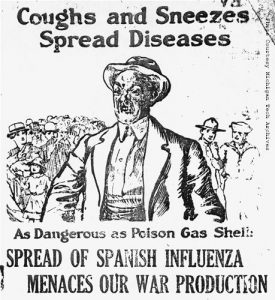 Next Week:  An Easter Tragedy