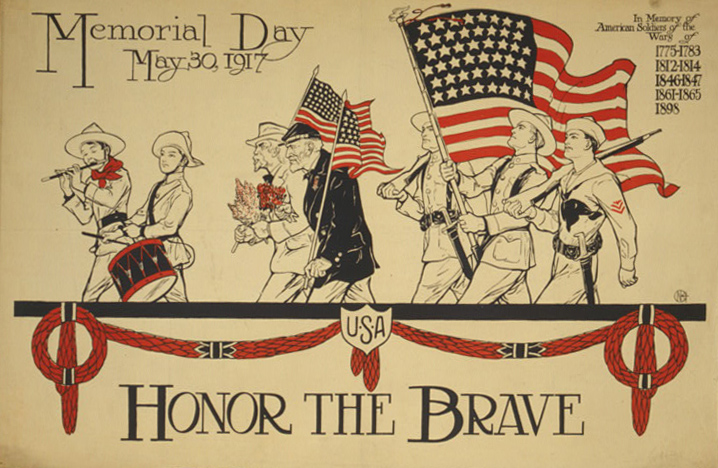 Monday May 27 – Box from Marion today which was mailed on Dec. 5th.  A box full of surprises. I had given this up as lost long time ago.

Tuesday May 28 – Tom went to Tours last night to take exam for commission.  Hope he hears inside of two months anyway.

Wednesday May 29– The weather is getting very warm.  What will it be like in July and August!

Thursday May 30– Malone arrives back from hospital.  Holiday for us. First BN team defeated sixth in baseball 1 to 0 in 13 innings.  Douglas Fairbanks at casino tonight

Friday May 31– Not much doing today.  Very warm.  A General…(?) visited camp this morning.

Tuesday May 28 – Tom went to Tours last night to take exam for commission.  Hope he hears inside of two months anyway.

Tours is a community about 300 miles from Dax.  The forestry regimental headquarters was located there.

On May 5, 1866 there was a ceremony in Waterloo, New York to honor veterans of the civil war.  The observance eventually became known as Decoration Day or Memorial Day and was held annually on May 30th .  By 1900 ceremonies were being held all over the nation and recognized by governmental agencies.

After World War I, the day was expanded to honor those who have died in all American wars.  In 1971, Memorial Day was declared a national holiday though it is still often called Decoration Day. It was then also placed on the last Monday in May.

In 1918 Fairbanks was the most popular actor in Hollywood, and one of the highest paid.  Presumably Poppa saw a Douglas Fairbanks movie at the casino and not the man himself. 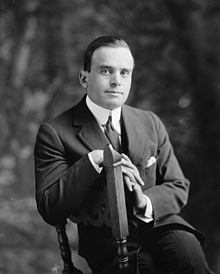 Poppa is probably referring her to the fact that the German army was achieving some success against the French and British.  The Germans had started an offensive on May 27, 1918 successfully demolishing four French divisions and advancing 12 miles into French territory.  The Germans were not as successful elsewhere on the Western Front, however, as an Allied force including some 4,000 Americans scored a major victory at Cantigny, on May 28.

Next Week: Marines are Making a Name for Themselves