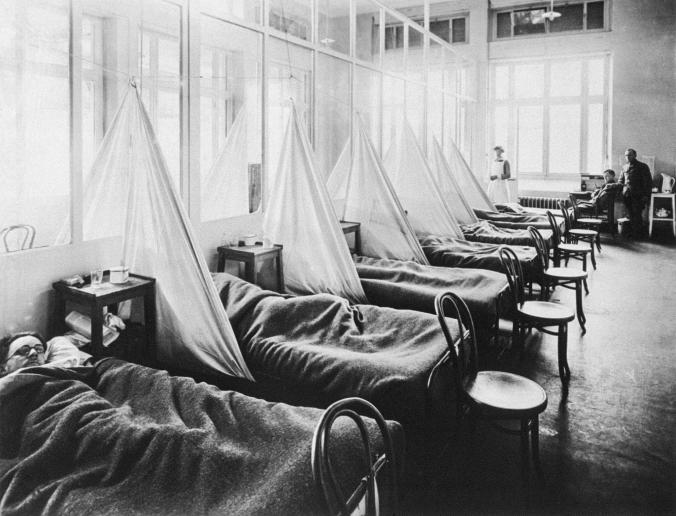 Monday July 29 – Took a trip in side car today with Munday nearly to coast looking for forest fire. Fire was out when we got there but had a very good trip.

Wednesday July 31– Another fire in “C” cos woods today.  Everybody out fighting the fire which was defeated after a couple of hours fight.

Thursday August 1– The Americans are doing some neat work up the line.  The allies are advancing every day.

Friday August 2– We have moved our offices from the arena uptown to a building formerly used as a hotel.  Much better place for offices but not so handy as before.

Last week on July 26, 1918 Poppa wrote that ” at least half of the fellows are sick with the Spanish Fever. ”  He described the effects of the disease this way:  “Makes one quite sick for a couple of days and for several days before strong again. ”  At the time Poppa and the rest of the world had not yet grasped the severity of this disease.  The Spanish flu eventually killed over 20 million people around the world and was one of the greatest disasters in history.   Not all people react to the disease in the same way.  Fortunately for Poppa he was apparently able to return to work on Monday July 29th after feeling “bum” the day before.

Here Poppa was referring to a pet mascot that was being kept by their company.  Poppa referred to Oui-Oui earlier but now it appears that he has gone missing.  However, the company has a new pet named chick.

Next Week: “Hell, Heaven or Hoboken before Christmas”