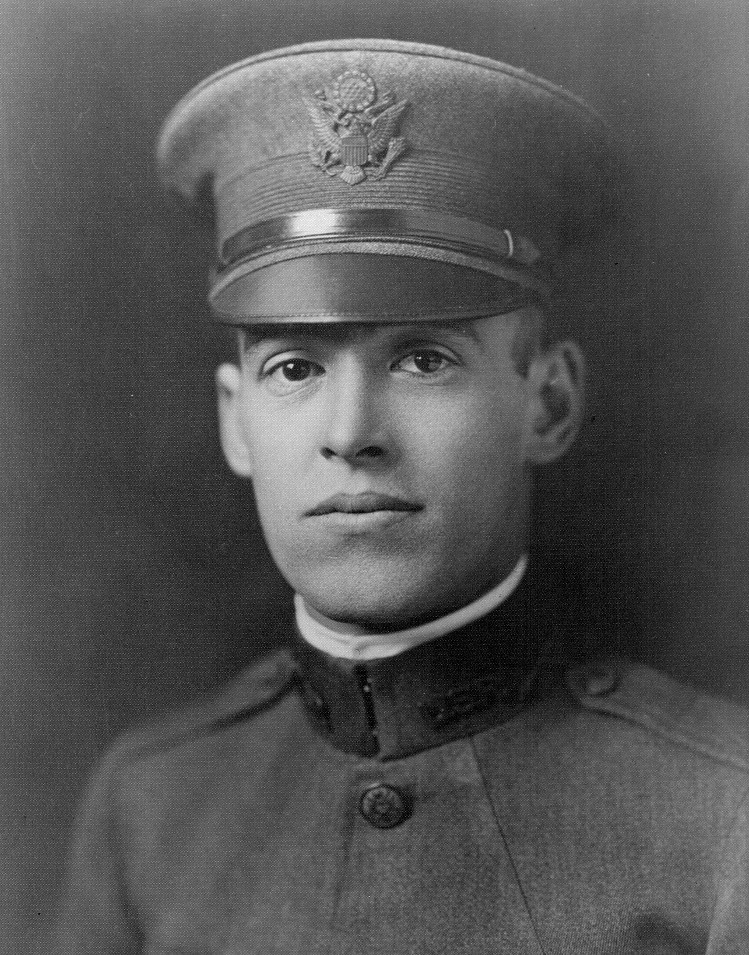 Sunday October 20, 1918– Lieut. Ward died last night while on vacation in Marseilles.  “Americas Answer to the Hun” at the casino tonight.

Monday October 21– We now have a Y.M.C.A. uptown. I wrote that before.  The Y.M.C.A. is used for band practice twice a week.  Also orchestra once a week.

Tuesday October 22– The Spanish “Flu” is very prevalent around here now.  Very few of our troops have it. Most everyone at Hdq. had it last July and Aug.  Hope it was the same so none of us will get it now. Canadians have it I understand.

Thursday October 24 – The Petite Gironde now publishes an American edition which gets here about 10:30 a.m. each day.  Nearly a day ahead of the New York Herald news.

Friday October 25–Another French loan is in now.  Some very attractive and meaning posters are posted all over town helping in subscriptions.

” Lieut. Ward died last night while on vacation in Marseilles.

Homer W. Ward is listed in the book “History of the Twentieth Engineers”  as a member of 2nd Company who was lost from “disease or accident” .

The Monuments Project is a collaborative effort to document the stories of WWI American soldiers buried in foreign cemeteries.  On of the soldiers they featured on their website is  Lt. Homer W. Ward of Centralia Washington.

“Americas Answer to the Hun” at the casino tonight.”

“America’s Answer”  (to the Hun)  is a 1918 American documentary and war silent film about  the arrival of the first half-million American troops in France during World War I. 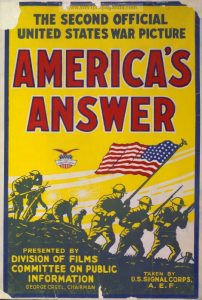 Poppa was living in the small town of Poynette Wisconsin when he enlisted in the US Army.  Many other young men from Poynette also joined up.  Terry Thompson of the Poynette Area Historical Society has been been highlighting these veterans of WWI on their Facebook page.

Poppa’s brother Hugh Clancy enlisted and was stationed in Rockford IL.  Poppa’s cousin  Arthur A. Jamieson (1893-1956)  interrupted his education at Harvard to join the 76th Field Artillery.   According to a book entitled “Harvard’s Military Record in the World War”  cousin Arthur  was involved in several battles including the Champagne Marne defensive,  Marne Aisne Saint Mihiel and Meuse-Argonne offensives    which were decisive battles near the end of the war.  In his obituary it was noted that “Arthur served with distinction …  in France where he was gassed and shell shocked spending considerable time in a hospital in France and receiving the Distinguished Service Medal for gallantry in action on October, 24th, 1918. “

Presumably he was wounded during the Meuse-Argonne Offensive which was fought from September 26, 1918 until the Armistice of November 11, 1918, a total of 47 days. 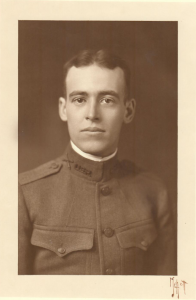 Poppa likely did not know for some time that while he was in Dax, France  writing in his diary entry for October 24, 1918 his cousin was injured at the front lines dozens of miles away.

France was not the only place where Arthur’s heroic actions resulted in injuries.   In 1937,  at the age of 44,  he was working at the Bank of Poynette as a teller when two men attempted to rob the bank.  They fired gun shots and Arthur was hit.  According to a newspaper article  “The gunman and an accomplice fled down the street, without any money, around the corner to their car, which was parked a block away. Despite his wounds, a bloodied but determined Jamieson pursued them down the street, catching the attention of residents.”

“The The Petite Gironde now publishes an American edition”

The Petite Gironde was a French Newspaper.  They apparently published an edition in English in 1918-19. 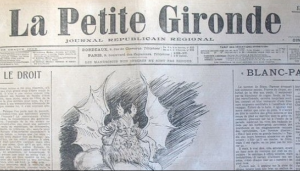 Friday October 25–“Another French loan is in now.  Some very attractive and meaning posters are posted all over town helping in subscriptions. “

Next Week : Letters are the greatest means of encouragement these days.