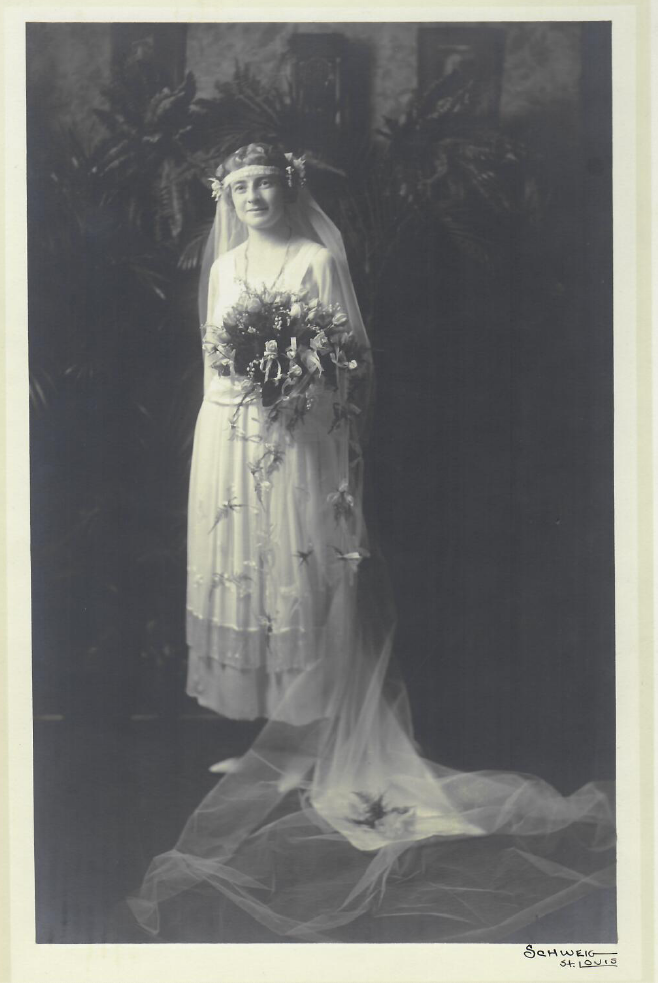 Background:  WWI  has been over for almost a year.   After spending nearly 18 months in France with the 20th Engineers my grandfather, John Rodney Jamieson, who we later called ‘Poppa’, came home safe and sound in May of 1919 on his 28th birthday.   After that day he made no further entries in his journal.

A short time before leaving France Poppa purchased an engagement ring.  After the purchase he wrote the following in his journal:  Hope it pleases you Marion and that when you accept it you will never have cause to regret it.  I shall do my best.

Apparently Marion agreed to his marriage proposal and they were married 100 Years ago this week.

The wedding occurred in the home of the bride’s parents on a Wednesday evening.  Although today many weddings in America take place on a Saturday, this hasn’t always been the case.  According to Country Living Magazine  a century ago traditional weddings were on weekdays.  “There was a rhyme that helped brides pick a date. Mondays were for wealth and Tuesdays for health.  “Wednesday the best day of all, Thursdays for crosses, Fridays for losses, and Saturday for no luck at all.” The 1903 White House Etiquette guide reminded young, society women of the rhyme and also noted that in addition to bringing terrible luck, Saturday weddings were terribly unfashionable.”

One Reply to “One Hundred Years Ago This Week: Wedding Bells!”